If you have been good players and have followed the summoner’s code it is more than sure that you might receive the chromas of honor 5. Congratulations for making it to Kails happy!

On this occasion, and as is now usual, the chromas correspond to the aspects of Twitch Medieval and Warwick Gray. To remember the good that were in the season 2020 you will be able to put the skins with a pink color. In addition, both will arrive in the patch 10.11.

When we get to honor 5, we’ll open a capsule in which we will receive two symbols with that we will be able to unlock any of the two aspects, the chroma last season or the new chroma. 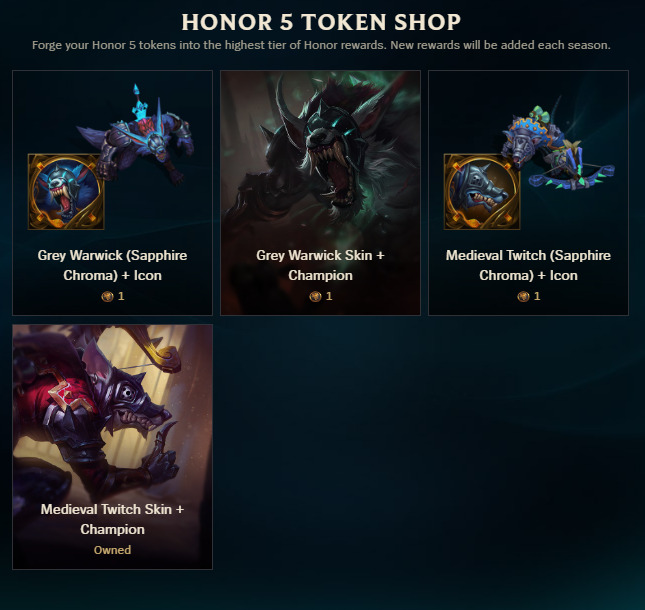 Skins and chromas of honor 5

Yes, before you unlock the chromas we will have to have the corresponding appearance. However, if you do not want is not necessary to have both skins.

Did you know that Yuumi is banned in 75% of the games elo high? You can read the article here.

However, this season will be the last in which we will be able to get the two new variants of the aspects of Warwick and Twitch at the same time. Riot has stated that starting next season the capsules only to be given a symbol for that the player is not obliged to unlock both aspects necessarily.