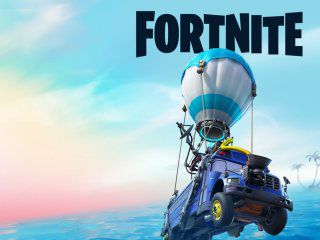 Epic Games also wants to show his particular support to the fight that is occurring throughout the world, especially in the united States, in pursuit of equality and justice. For this reason, have chosen to delay the new season of Fortnite a few more days after the murder of George Floyd.

Remember that, in principle, it is expected that this new phase began on the 30th of April of this same year. However, suffered a delay significant enough at the time that the pandemic caused by the Coronavirus began to get stronger.

There, from Epic Games decided to delay the premiere of the new stage until the 4th of June. There seemed that there would be no problem and that everything was going to happen without any kind of setback. However, returned to have to move the date.

Now the riots have come back to do season 3 do not return to see the light and return to delay. The good thing is that, unlike many other companies, such as Sony or Infinty Ward, Epic Games if you have announced the new dates for these events.

“The live event, the Device will be deferred until Monday, June 15, while the release of season 3 will pass to the Wednesday, June 17. We know that this delay has occurred just after another postponement, and we thank them for their patience and understanding during these difficult times” read the press release from Epic Games.

On the novelties that we will have in the new season nothing is known. The tracks in the map are reduced. It is true that a promotional image, speculates about the possibility that the island is flooded, but still there is nothing clear. We will have to wait to know more about the game of the moment.