The cancellation of the MSI because of the COVID-19 has left in the hearts of many an existential emptiness. To avoid that I suffer Riot has decided to mount in Europe a tournament where professional players and important figures of each community break the faces on Summoner’s Rift: EU Face Off.

However, this event comes within the Mid-Season Streamathon. This is an initiative of Riot Games at the international level to raise funds for the fight against the coronavirus. By this we may see in other regions of the quarrel asian between China and Korea.

Along this days I’ve been counting the first information and the announcement of the whole Spanish. But who would we be us if I will not summarize everything advertised and I huddled into beautiful information.

During the Saturday the representatives are grouped together in two groups of three teams without playoffs where it will play to single round robin. Both the first and the second team of each group will face each other Sunday to finish in an exciting final on the same day where only one team will be a winner.

Yesterday from the official twitter of the Super Orange they conducted a ballot for the community to choose the name that we would to our neighbors. The winner was Altokekw Españita in reference to the meme Willyrex (popularized by Flakked) and emote in twitch of the Giggles. We hope that it is not necessary to explain what of Españita…

We already know our Spanish representatives to the EU Face-off, but we are missing the most important and we want to know what do you think of you:

HOW DO WE CALL OURSELVES? ??

Under this name full of pride Mushrooms, Noa, Skain, Extorsus, Ibai, Razork and Th3Antonio along with the incorporation of last-minute xPeke are to be put under the orders of Future and Jandro. The micros will be Wolk and Teshrak for us not to lose detail of what happens.

France, Italy, Germany, Poland and even the equipment of the LEC will be the rivals against Altokekw have to face in this competition. You can take a look at the alignment of the other teams in the following image: 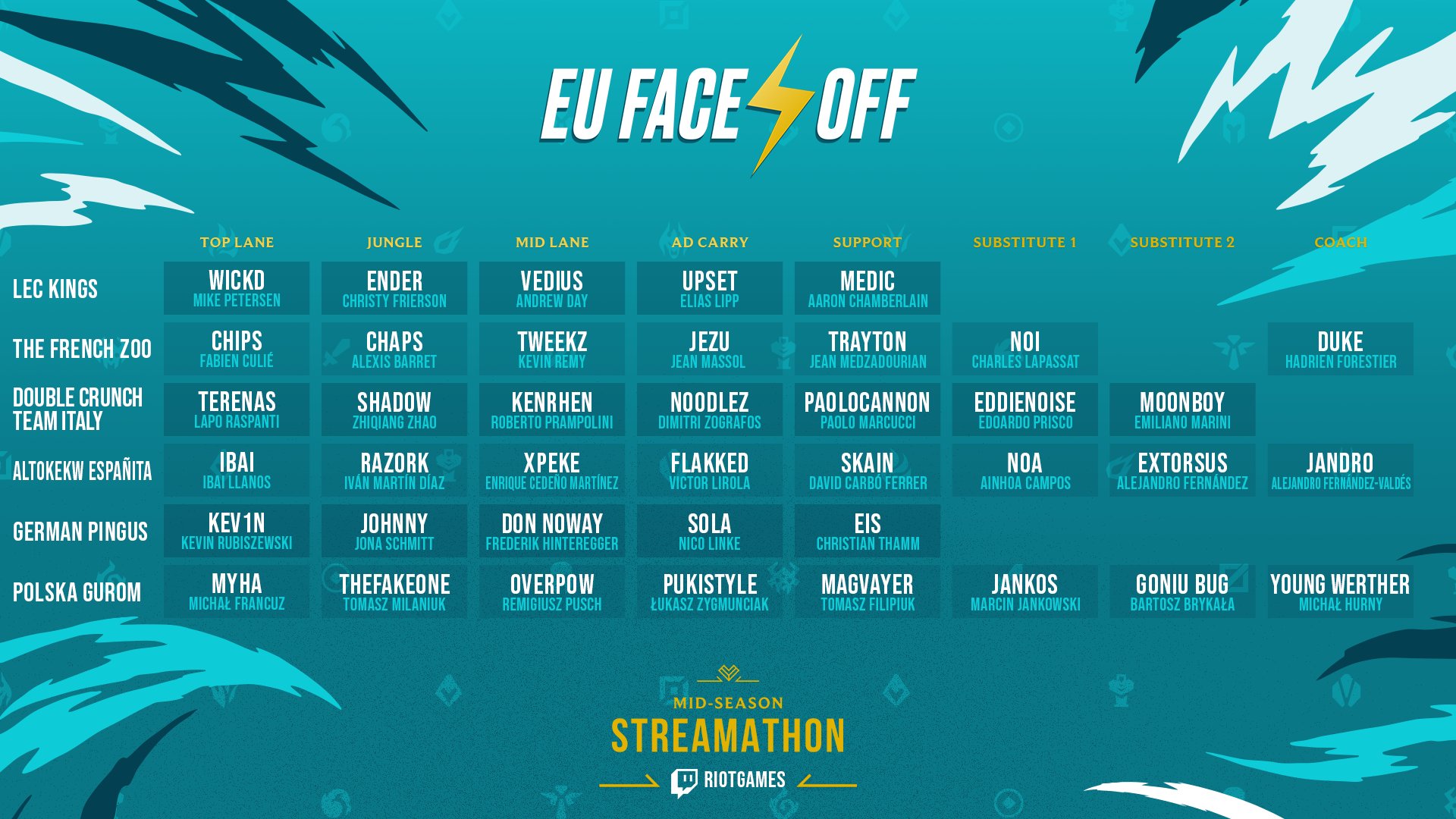 Rest of representatives of the EU Face Off. Source: Riot Games

By way of curiosity, it has been confirmed that the Spanish team is the set that most participants have contributed to the competition.

Id preparing your memes for this weekend. What you will need.

You wake up, you’re going to the kitchen and the first thing you find is this, wyd? pic.twitter.com/GESMa97Aqc