In this episode of “Academy LoL” we speak of Sett support. In certain compositions is watching the fighter on the bottom line for its ability to flex. In major competitions, Sett on the bottom line, has played on 5 occasions and has a 100% win rate. Despite the fact that there is still no competition in the patch 10.6, the pick rate in Solo Q has increased with respect to the patch 10.5.

The objective of Sett is to look for the flanking to do the focus when you carry the enemy and get to the back row of the enemy to desposicionarle with the final. In addition, with the objects of support and with the W hold much in the fights.

But, how is “buildea” and with what runes to play? 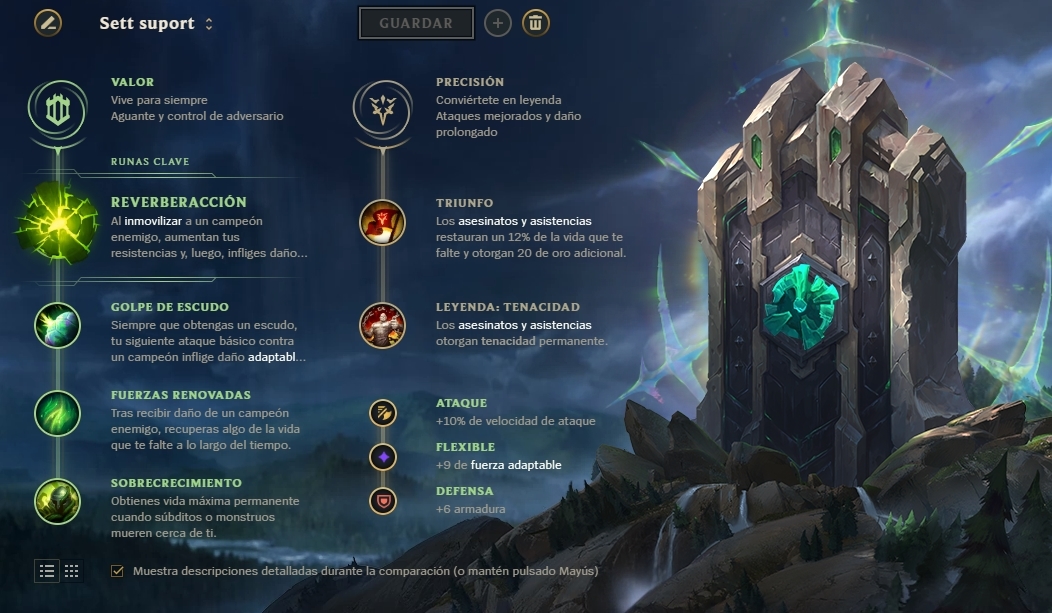 Despite the Sett in mid or on the top line is usually lead with “Conquistador”, as a support to play with “Reverb” to hold up better “tradeos“.

The second branch of the runes you opt for accuracy because the Triumph and the Tenacity gives you that stamina is so important Sett in the teamfights.

The build of Sett as a support is quite different to the fighter-only line. The goal with this build is to be as tank as possible to search for initiations with the final and endure as much as possible. They usually buy armor although this depends on much more than the composition of the enemy.

The best skill of the champion are the same if you play as a mid laner or as a top laner. It begins “maxeando” the W, then Q and finally E.

More news: How to play the Kalista Top of TheShy?